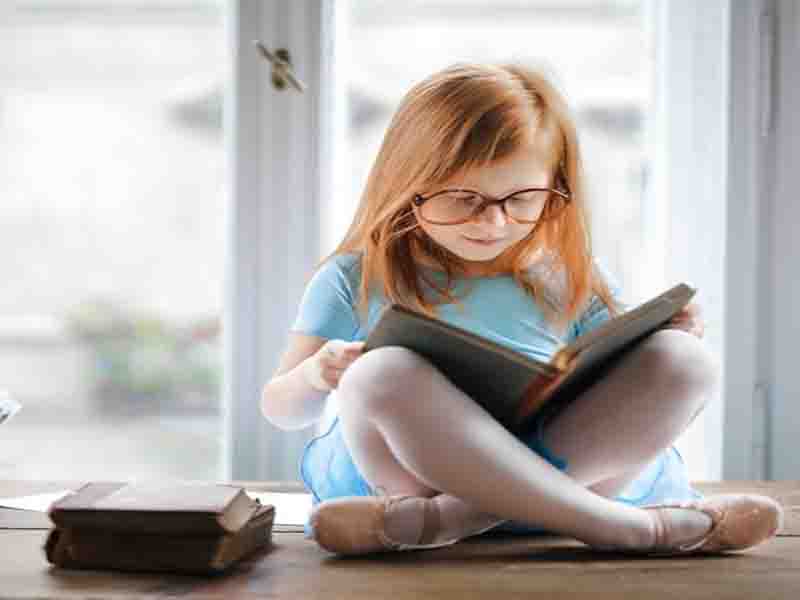 When we talk about a precocious reader, we refer to a child who has managed to develop reading skills much earlier than their peers (children of the same age). This can happen thanks to early stimulation and initiation to reading and, in less frequent cases, it happens spontaneously. Check out more articles on our site.

Regarding this issue, there are two positions on the matter; one that approves the fact of encouraging children to become familiar with letters and therefore reading from a very early stage of their development, and another that maintains that it is necessary to let this process happen naturally, without forcing it.

If you want to discover a little more about this topic, in this article we will give you more information and clarify some doubts such as: Why are there children with a tendency to read before? Is it good to stimulate reading early? How to do it?

“If the child lives in a friendly atmosphere and feels needed, he will learn to find love in the world.”

Early reading is an issue that seems to be more frequent as the years go by, and it is increasingly common to hear of children who learn to read fluently even before the age of 5 .

Far from being considered a rarity, every day there are more cases of children who start reading early. It is important to keep in mind that these are not (necessarily) gifted children or geniuses , but simply that they are more advanced in the area of ​​learning to read.

According to researchers such as Mabel Condemarín (1986) , children who start reading early represent only 5% of the total population .

Despite being well ahead of their peers in reading development, in other areas such as speaking, potty training , walking, etc., they continue to grow similarly to other children.

In recent years, the way in which parenting styles were conceived has put aside the traditional model to give way to different ways of accompanying the growth of our children, with an emphasis on early stimulation to help them develop more and better skills.

Why are there children who are more precocious when it comes to reading?

Learning the ability to read is linked to a process of maturation of the brain, and only a few have it before the age of five or six, when they begin to read.

As explained by Francisco Mora, doctor of medicine and neuroscience, and as we reported in a previous article on early reading , ” the essence of reading is to transform the grapheme into a phoneme, which is achieved thanks to the development of an area of brain. If it’s not developed, it reads poorly .”

And although there are children who learn to read earlier, as we said, this transformation usually occurs after 6-7 years , “when the synaptic circuits have finished forming and the axons with myelin have been isolated so that the information go with clarity” , according to the doctor.

The influence of technologies

On the other hand, we find an increase in children’s exposure to the use of technologies , such as smartphones, tablets , television, etc., which could also play a role in learning to read.

Thus, this type of equipment arouses the interest of children and familiarizes them with letters and words, which little by little begin to make sense to them.

Remember that a key to effective learning is to be interested , and it is very attractive for children to know how to operate these computers and find what they want to see or play on them.

For this reason, it is not surprising to find children who, prior to reaching school age, already show an interest in knowing how to read.

This, coupled with a parenting culture that encourages the development of the little ones with early stimulation, results in children learning to read at an increasingly younger age.

“You must be willing to help your child if he is looking for something, but also to go unnoticed if he himself finds what he was looking for.”

Is it good to start my child in early reading?

As we already mentioned, there are two opposing trends regarding the benefits that early reading stimulation offers.

On the one hand are the defenders of respecting the evolutionary stages of children, who urge to allow their growth processes to occur without forcing them.

However, others affirm that early stimulation only offers advantages for the development of each child , and consider that reading is one of the most useful tools to do so. In this case, it would be about stimulating the development not only of the child’s reading skills, but also of promoting their integral growth.

The decision to introduce your child to early reading is yours alone, and whether you decide to do it or not, it’s okay. Trust your instincts .

Bearing all this in mind, remember that you should not force your child, but simply present him with the different options to get him interested in reading if he wants to.

How can I encourage my child to read?

It is important that the process of stimulating reading is fluid and natural, not forced and much less compulsory. The idea is that it is pleasant for the child to read, and that he does so because it has become a fun hobby .

“Reading is to the mind what exercise is to the body . ”

In this sense, if you want to opt for books, try to find books that are suitable for your child’s age, and do not immediately try books for older people.

Ideally, choose a book that addresses a topic that is of interest to you . For example: if he likes dinosaurs , buy dinosaur books.

Practical and easy to handle books

On the other hand, it is important that you provide him with books that have thick pages so that he can turn them easily; Ideally, they should be made of cardboard and much better if they are waterproof and washable.

In addition, they must be in a small format so that you can handle it without problems.

Books with colors and illustrations

Lean towards books that have many colors and with large illustrations that support short texts for better understanding.

It is very effective to use books in which human faces, animals or familiar foods and geometric figures appear.

Another ideal option are books that, in addition to reading , allow them to color the drawings of the text. On the other hand, it is not necessary to present them with complex texts; Remember that less is more.

that can relate letters to sounds

Finally, books with repetitive words or phrases will help him relate letters to sounds , making it easier for him to learn to read .

Each child at their own pace

These tips can help you encourage your child to read early, but don’t worry if your child isn’t learning to read as quickly as you’d like.

Remember that each child follows their own rhythms and processes ; In this sense, it is essential that as parents, we respect their rhythms and accompany them with the greatest love in the world.

“When you address your son, always do it in the best way. Give him the best that is in you.”