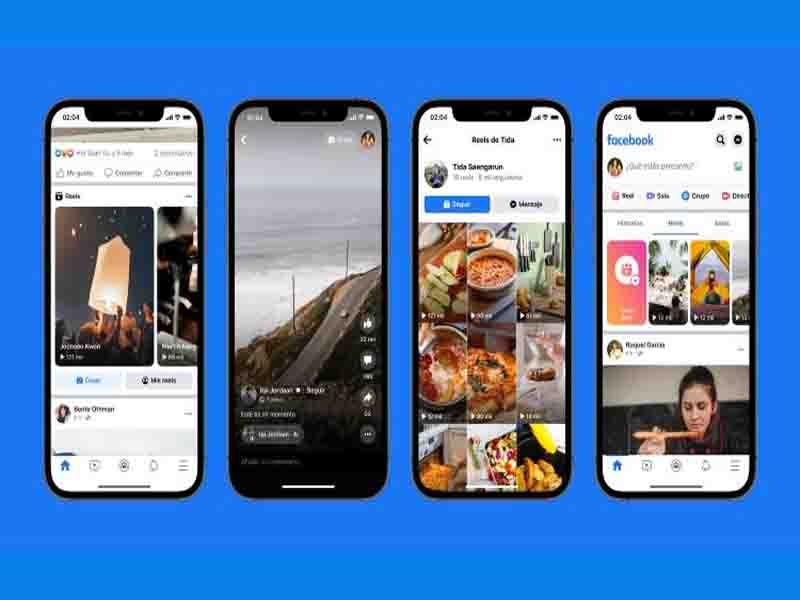 Reels are no longer just for Instagram. Meta announced this Wednesday the global launch of this short video tool in a vertical format similar to TikTok for Facebook, that is, Facebook Reels, a format that opens in 150 countries and which users of the social network will be able to access through the platform app for both iOS and Android.

In order to test these Reels, you just have to enter the Facebook application that is updated with the latest version on your iPhone or Android mobile and look for the new Reels label at the top so that you can start creating your Reels as Which one and how do you usually do it on Instagram ? In addition, from Meta they have announced that they will develop a series of creation tools and more places where they can see and create Facebook Reels, all with the aim of helping creators to monetize their content and thus earn more money.

“Video now represents almost half of the time that people spend on Facebook and Instagram, and Reels are our content format that has grown the most ,” Meta points out in a post published on its official blog about the reason for this new tool for Facebook. “We have focused on making Reels the best tool for creators to be discovered, connect with their audience and generate profits. On the other hand, we want people to be able to find and share relevant content in a fun and easy way.”

With regard to the arrival of Reels on Facebook, Meta has also announced the inclusion of new tools designed to optimize its operation, highlighting among them Remix , which will allow creators to record as if it were a duo , but based on other Reels that are already uploaded on the platform. When creating a Remix, you can create a reel where all or part of the video made by another creator is included.

Other features coming to Facebook Reels are video lengths of up to 60 seconds, the ability to save drafts for Reels (where you can create a video and save the project by selecting the “Save as Draft” option, located below the Save), plus a soon-coming video cropping tool that will make it easier for creators who typically post long-form or live-recorded videos to try out different formats .

In the coming weeks, the Reels will also reach Facebook Stories and the Facebook Watch tab , in addition to the news section, which is where it is taking its initial step this Wednesday. Likewise, Meta assured that in the future it will also implement a label at the top of the news section with which users will be able to see and create Reels “easily and in a few clicks”, while, in selected countries, users of Facebook will be able to find suggested Reels from people they don’t follow , which will appear based on their tastes.

Similarly, Meta has revealed that in the coming months they will be exploring different ways to make it easier for creators to share their Reels with their audiences, both on Facebook and Instagram. “You will be able to find the Facebook Reels in Feed, Groups and Watch. When you see a reel, you can follow the creator directly from the video, like and comment on it or share it with your friends, “ they detail from Meta about it.

On the other hand, Meta also announced that “new monetization tools for Reel creators” are already on the way. These new tools include in-stream ads for mid-March, a test that only creators in the United States, Canada and Mexico will have access to at first. These include sticker ads – a static image ad that the creator can place anywhere on their reel. “These ads, which don’t interrupt content, allow creators to earn a portion of ad revenue ,” Meta explains.

Stars will also be tested in Facebook Reels in the coming weeks, so Facebook users can purchase and submit stars while viewing reels to support creators. “Both the overlay ads and the stars are designed so that as more people view and engage with Reels on Facebook, payouts to creators can increase,” Meta details.