My baby does not want to eat: what we should not do and what can work 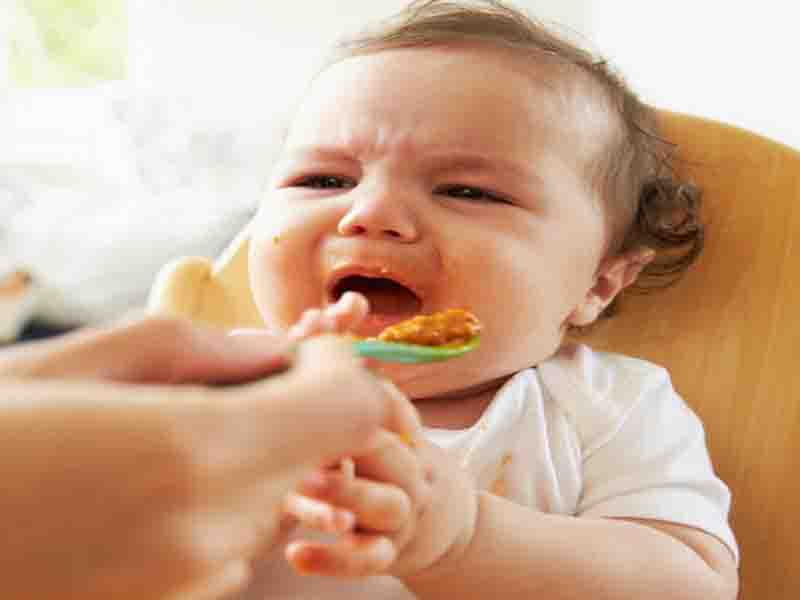 Food is a topic that frequently appears in the pediatric consultation. Many parents come in worried because they think their baby is not eating enough or because they have noticed that she used to eat more and now she seems to have lost interest in food. Check out more articles on our site.

In most cases, this should not be a problem because babies are born knowing how to identify their hunger and satiety; we parents are the ones who must “trust” them and learn to interpret the signals they send us, telling us when they are hungry and when they don’t want to eat anymore. How to act when our baby does not want to eat? In what situations can there be a problem?

In this age range, babies usually drink only milk (breast milk or starter formula). Newborns usually take between 8 and 12 feeds a day and, as they grow, the number of feeds may decrease.

In these first moments we are getting to know each other and we must know how to interpret their hunger signals to come on time. When the newborn begins to feel hungry, he becomes agitated, opens his mouth and moves his head looking for the breast. If he spends more time, he stretches, moves more and puts his hands to his mouth. Crying is already a late sign; At this point, some babies find it difficult to latch on to the breast or take the bottle, because we have “arrived late”; in some cases it may be necessary to calm them down before offering them food.

It’s also important to know that they don’t just cry because they’re hungry : if we offer them the breast or bottle and they don’t want to, that’s probably not what they need. Maybe it’s a diaper change, sleep, or just a need to be held .

In breastfed babies, families often have questions about whether they are eating well . The best indicator for this is weight, which we pediatricians will control during check-ups.

At first, babies take very long feeds at the breast, and as they grow, they become shorter, as they become expert suckers. Thus, shots at 2 or 3 months may last only a few minutes.

It is precisely at this stage that the so-called three-month crisis appears : babies breastfeed faster and faster, everything around them seems more interesting than the breast, they are easily distracted, and they demand feeds less frequently. Added to this is that the breast is no longer full as it was at first, so mothers have the false feeling that the baby is not eating enough.

At this point, some babies show a lot of interest in food and others continue to feed almost exclusively on milk, with the consequent concern of their parents.

It is important to have clear ideas about this stage. The first is that the standard recommendation is to start complementary feeding at around six months ; some babies may be ready a little earlier and others may not need it until a little later.

The second concept to highlight is that milk continues to be the main food ; For this reason, the rest of the foods are called complementary foods, because they complement milk.

And finally, to say that babies also have their preferences and there are foods that they like more and others that they like less. Sometimes it is necessary to taste a food up to 10 or 15 times until we like it. Breastfed babies may have a better acceptance of new foods because they have tasted different flavors through their mother’s milk.

Many children begin to eat less from the year. One of the reasons is that growth is not as rapid as during the first months of life. And it is that a baby doubles its weight at birth around 4-6 months of life and triples it at 12 months. Can you imagine that they continued with that rhythm?

Another reason is that they eat (or should eat) mostly solids and it seems that they eat less. In addition, as they grow they also define their preferences, and can even stop eating foods that they previously ate well.

What things we should not do

Regardless of the age at which our child does not want to eat, none of the following strategies have been shown to work and may even be counterproductive:

What things can work with a child who does not eat

When should we consult?

As we have seen, babies are born with an innate ability to self-regulate, and they know how to interpret when they are hungry and when they are full. Thus, the most common thing when a child does not want to eat is that she does not need it. However, in some situations, refusing food may mean something more and should be seen by the pediatrician.

In any of these situations, the loss of appetite may be due to some disease and we must assess it.

As a summary, we must be clear that babies are born being able to identify when they are hungry and when they do not want to eat anymore . It is up to us, the parents, to respect it. Our responsibility is to make healthy food available to you; children will be able to choose what and how much they eat.