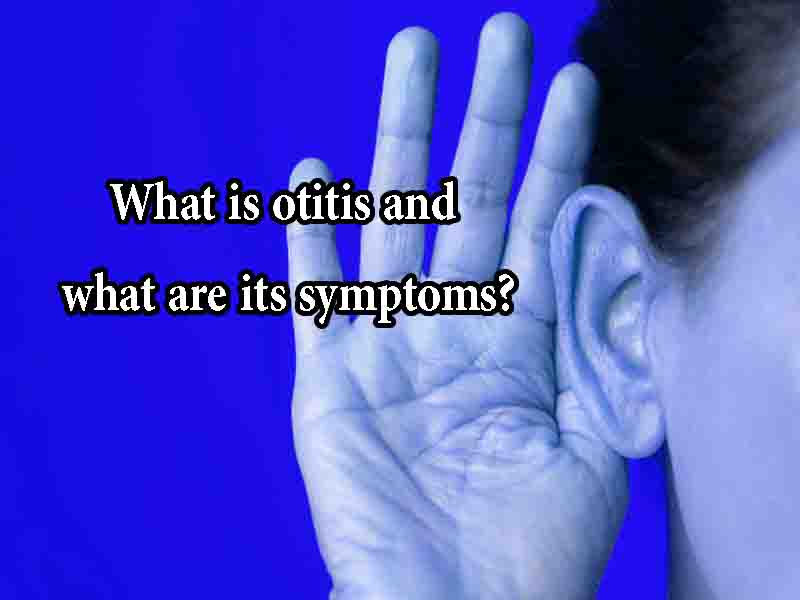 One of the most frequent reasons why we take our little ones to the doctor is ear infections. We tell you everything about otitis.

The most common type of ear infection is called otitis media, and its main cause is infection and inflammation of the middle ear, which is located just behind the eardrum. Check out more articles on our site.

But another type of more serious otitis can also occur, being an acute ear infection that spreads quickly and causes great pain.

On the other hand, if you have infections for a long time, or they come and go on a regular basis, we would be talking about chronic ear infections.

WHAT TO KNOW ABOUT OTITIS?

Although there are different types, otitis media is the most common. In it, as a result of inflammation, a liquid (called exudate) appears in the cavity of the middle ear, that is, behind the eardrum.

Thus, otitis media occurs when the channel that connects the middle area of ​​the ear with the throat, the Eustachian tube, becomes clogged for various reasons. The function of this tube is to drain the fluid produced in the middle ear, therefore, if it is obstructed, the fluid accumulates and an infection occurs.

During infancy, otitis is one of the illnesses for which the pediatrician consults the most, since the Eustachian tubes of boys and girls are more easily obstructed.

As we said, there are several factors that can cause the Eustachian tube to become inflamed or blocked. Some of them:

Children who spend a lot of time drinking from a bottle or glass taking small sips while lying on their backs may be more prone to ear infections.

On the other hand, acute ear infections occur more frequently in the winter. Although an otitis cannot be spread, a cold can spread among boys and girls, and can trigger ear infections.

Some risk factors in this regard would be:

If your sons or daughters are suffering from earaches, in the case of babies, the main sign that will make you think of otitis will be their inconsolable crying and irritability. In addition, many babies and children with acute otitis have trouble sleeping, have a fever, or refuse to eat.

There are more symptoms of acute ear infection that cover both children and adults:

One of the most propitious moments for otitis to appear is after having had a cold. Pay attention if there is a sudden discharge of green or yellow fluid from the ear, as it may mean that the eardrum has ruptured.

In the face of any of these symptoms, which are present for about 24 hours, the most appropriate thing to do is to go to a medical consultation. There, the medical staff will assess the situation by examining the inside of the ear with an otoscope, and will be able to carry out both a diagnosis and an appropriate treatment.

If there is a history of ear infections, your healthcare professional may recommend audiometry.