How to make perfect homemade croquettes – Recipes for Kids 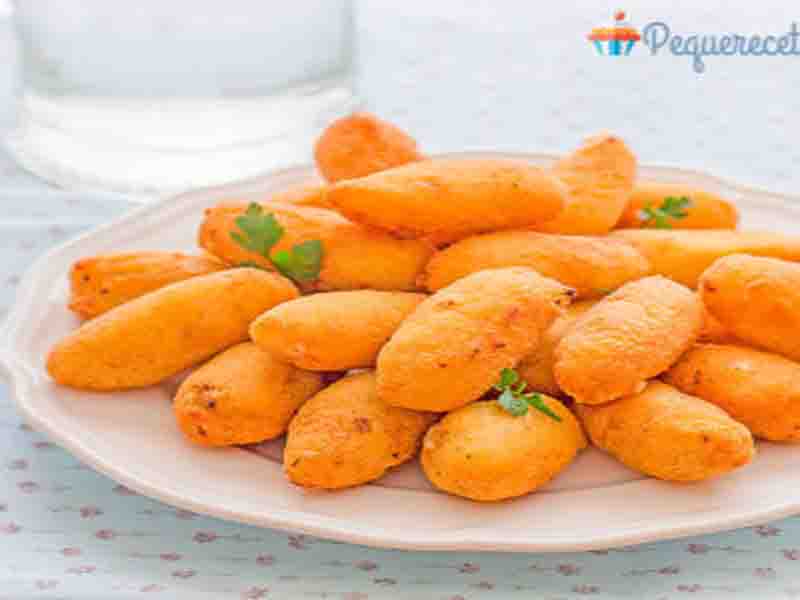 Homemade croquettes  are a very useful resource, especially if you are thinking of making a quick dinner , because the advantage of croquettes is that you can freeze them and when dinner time comes, you just have to fry them without having to defrost them previously.

Another advantage is that you can make them with practically any ingredient: with Serrano ham, with cheese, with tuna, with leftovers from cooking, with leftover roast chicken, with hake or white fish..

Croquettes are known in much of the world and almost any gastronomy has some variant: in Japanese cuisine they are called Korokke, in Dutch kroket. Homemade potato croquettes are very popular in German and Belgian cuisine. Homemade croquettes without bechamel are also made, using in these cases other masses such as boiled potato, sweet potato, rice or cauliflower.

So today we bring you the ABC of the  croquette : the best  croquette recipes; how to make the perfect bechamel and the secrets of the  perfect croquettes , crispy on the outside and creamy on the inside.

As we told you before, making homemade croquettes is quite easy, and once you get the hang of it, it will be very fun to try the different variations and flavors.

First we are going to teach you how to make the basic bechamel for croquettes, and from there we will learn how to make other croquette doughs, such as cod, chicken, or ham, just to mention the most popular recipes.

How to make bechamel for homemade croquettes

Dough for homemade croquettes in 5 steps

A very particular croquette recipe, which does not have bechamel sauce and is not fried…

Preparation:  Clean the cauliflower, remove the stems and grate it. We put it in the microwave at maximum power for about 8 minutes (or steam it for about 15 minutes). We take out and mix with the grated cheese and the onion that we chop very finely, the chopped parsley, the breadcrumbs, the salt and the pepper. Mix everything very well and add the eggs. We mix again.

We form balls or croquettes, put them on a baking tray on which we put baking paper. Bake (previously preheated oven) at 180º C with circular heat for about 30 minutes or at 200º C with heat up and down, until golden brown.

How to make tuna croquettes

Another recipe that does not have bechamel; We will give the consistency to the dough using potatoes, you will see that they are fantastic.

Preparation:  Cook the potatoes and once they cool down, mash them with a fork. Add the tuna and cream cheese, a little salt and pepper and mix well. We shape each croquette with two spoons (as we have seen at the beginning). We pass them first by breadcrumbs, then by beaten egg and then again by breadcrumbs. Fry them in plenty of hot oil until golden brown, remove them and leave them on absorbent paper.

How to freeze croquettes

Before we told you that one of the advantages of homemade croquettes is that you can make them and freeze them, in this way you will only have to fry them when you need them, a very useful resource for children’s dinners.

To freeze the croquettes , once they are done and before frying them, cover the tray with plastic wrap and place in the freezer for 5 hours; They will be semi frozen once the time elapses. We remove them from the tray and put them in a freezer bag. We take to the freezer and reserve until the moment that we are going to use.

The trick of the best croquette

When we want to enjoy our homemade croquettes, whatever variety you have decided to make, put plenty of oil in a saucepan and leave it very hot (the oil must be very hot so that it absorbs as little oil as possible and remains crispy on the outside and creamy inside). Fry the croquettes four by four so as not to cool the oil too much and so that they all cook equally.

When they take a nice golden color, remove from the pan and leave on a plate with absorbent paper, so that they are crispy and creamy.

Tiles in natural stone look | Tile shop near me