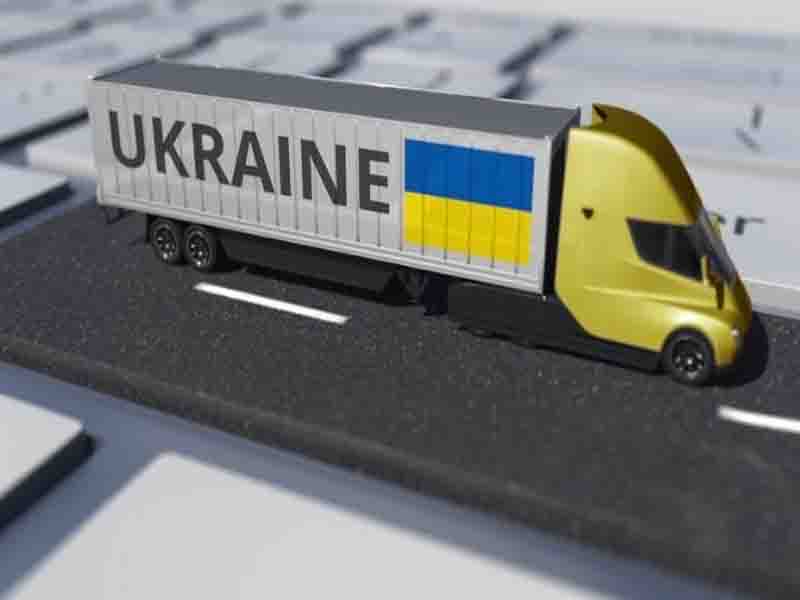 This is how the conflict between Russia and Ukraine is affecting logistics and eCommerce companies: the opinion of the experts

After many weeks of tension and threats, Russia finally opened fire on Ukrainian territory , starting an open war. In addition to the serious consequences for the population, this military action has a very negative impact on the European economy in general and also on the eCommerce sector. For this reason, we have spoken with several logistics specialists who told us what the current situation is and what measures they will take in the future, depending on how the events unfold.

You might be interested in Repsol, Bizum and Foreo among the confirmed brands for the new edition

The origin of the conflict

The bad relations between Ukraine and Russia have been dragging on since 2013 , when the then Ukrainian and pro-Russian president, Victor Yanukovych , encouraged an internal division between those who supported the neighboring country and those who were against the strong Russian influence in the country. From that moment, several protests took place that were increasingly violent and ended with the annexation of Crimea by Russia and the occupation of the territory of Donbass.

Throughout the years, the conflict always remained latent. A few months ago, the president of Russia reignited the feud, claiming that Ukraine was repressing the Russian people residing in Ukraine and that if that situation did not change, he would initiate military action. Ukraine’s president, Volodymyr Zelensky , denied the accusations. Finally, on Thursday, February 24, Putin launched the first attacks.

The official version: “Protect people from the abuses and genocide they have been subjected to by the Ukrainian government for eight years .” The reading that can be done between the lines : Russia was losing weight in the Ukrainian territory, which began contacts with NATO to see the possibility of joining the military group in the near future.

The textile, travel and food sectors, the most affected

The direct consequences of the conflict translate into higher gas and oil prices, which can affect the supply of products and accentuate the level of inflation throughout Europe. In addition, the possible restrictions and interruptions in communication channels would further harm the crisis in the freight transport sector and the tensions in the logistics chain, after a year of multiple incidents in this field.

At the local level, in Spain there are nearly 10,000 companies very concerned about the conflict that has just broken out. These are the companies that are engaged in the import or export of products with Russia. In total, there are 2,388 million euros at risk for Spanish exports, of which more than 127.74 million correspond to clothing and knitwear items.

On the other hand, the sector of capital goods, beverages and tobacco , represent 12% of exports from Spain to Russia. Our grain imports also depend heavily on Ukraine: practically half of the corn we consume is imported from this country.

As for the travel sector , the increase in fuel prices will also imply a rise in the cost of plane tickets. This is not to mention the cancellation of flights to and from the areas affected by the conflict.

In addition, Ukraine has an extensive network of underground gas pipelines – the largest gas transit infrastructure in the world – through which it supplies gas to several European countries . Much of that gas comes from Russia, which in parallel built two alternative routes that avoid passing through the neighboring country. The war could translate into restrictions and higher gas prices for Europe, affecting the production and transport chains of eCommerce.

Spanish companies affected by the crisis: Inditex, Mango and Tendam closed their premises in Ukraine

The first moments of the Russian attack have already provoked the reaction of some of the Spanish companies present in Ukraine, among which are some of our large fashion chains. Thus , Inditex decided to close the 82 stores it has in Ukraine and fears for the future of another 527 physical stores it has in Russia. « Inditex is following the situation very closely. The safety of the members of our staff and their families is our priority, and we are going to make the decisions appropriate to the events, ” the company explained in a statement .

Another of the Spanish fashion multinationals, Mango , operates in Russia and Ukraine through a combined model of its own stores and those operated under the modality of franchises. In total, it has 142 outlets (14 in Ukraine and 128 in Russia) that could be affected.

The Tendam Group (former Cortefiel group) is another of the big affected , since it had been expanding its network in Ukraine, where it has 20 establishments (8 from its Springfield young fashion chain and 12 from Women’secret). In Russia it has 56 sales channels, 4 by franchise and 52 of its own.

As for the online sales channels, the websites continue to operate , although they will also be severely affected due to the limitations in shipping logistics -which will delay and/or interrupt- and the decrease in demand by the population affected by war.

Glovo will provide support to its workers

Oscar Pierre , co-founder and CEO of Glovo , sent an email to his workers and then shared it through the networks to make the company’s actions public : give travel aid to Glovo workers to leave Ukraine, offer security training, advance salaries and provide accommodation to those who can move to neighboring countries.

This was announced on LinkedIn: « We launched Glovo in Ukraine in 2018. It is a market in which we have always felt very welcome. We have built a fantastic team there with a great human ethic and always eager to make a positive impact. Supporting our team, couriers and partners in Ukraine these days is our first priority. We share our plan with the team via the following email» .

UPS, DHL and Maersk discontinue their services: impact on logistics

When consulted by Marketing4ecommerce , from the company of one of the global logistics giants such as  UPS, they explained that “Although we have always offered a continuous service, our priority is security. Therefore, we have suspended service to and from Ukraine until further notice.”

For its part, the global logistics company DHL, responded that “Currently, our greatest concern is the safety of our employees in Ukraine, and for this reason we have advised all our employees to stay home with their families. Offices and operations have been closed until further notice.

Regarding customers from Germany, we will continue to send letters and parcels to Ukraine as long as possible . However, please understand that the situation may change at any time, even at short notice. We are in close contact with our customers and business partners to keep them informed of the dynamics of events.”

Finally, the international logistics conglomerate, Maersk , announced that it will not make calls at any port in Ukraine , nor will it accept new orders to and from that country until further notice. At the moment, the activities that the company maintains in Russia continue their normal course.

The opinion of logistics experts

From Marketing4ecommerce we have sent a series of questions to different spokespersons of companies related to eCommerce logistics and these were their reflections on the conflict:

Carlos Zubialde , consultant specialized in logistics 4.0 and B2B/B2C/eCommerce transport, creator of informacionlogistica.com, believes that “At the level of supply chains, Ukraine is not geographically in a ‘critical’ position, that is, supply chains supply are not stopped by the current situation. What does have a very direct impact is on costs , the rise in all raw materials has a direct impact on all modes of transport. This increase in costs will be directly reflected in the cost of fuel , for example, which will cause transport prices tocontinue to rise, or at least that transport companies try to pass on this price increase to their customers.

Price increases can be significant for customers who have a fuel revision clause in their contracts, since these are always referenced to the data from the Ministry of Public Works. With regard to eCommerce, currently the service lines with Ukraine are completely suspended, the companies have serious difficulties to fly, and as is foreseeable, the demand will be frozen by the situation. In the case of Russia, at the moment it seems that everything is following a relatively normal course, the service could stop only if there are sanctions or prohibitions of flights with origin / destination Russia, which at the moment is not on the table, it seems » .

For her part, Noelia Lázaro, Packlink ‘s marketing manager, explains that “as of today we are already seeing carriers stopping shipments to Ukraine/Russia; therefore, it is a very large impact for the sector. Regarding the supply chain, we believe that, as on other occasions in which problems have occurred due to atmospheric catastrophes, for example, the supply chain will be stopped due to a lack of supply of raw materials and stock of materials , and this will affect trade, both electronic and conventional.

Energy prices in general are rising due to Europe’s dependence on Russian energy (mainly gas) and as a result fuel prices are rising, resulting in higher costs for carriers. Today it is not profitable for many carriers to provide their services, therefore, carriers with higher volume will maintain.

It’s a bit early to say how this will affect price increases in general, but I would say there will be a direct impact on the CPI of global markets .”

In addition to the economic consequences, the conflict also translates into different measures of support and/or rejection of both Russia and Ukraine by different countries and institutions at a global level.

An example of this was the cancellation of the pavilion that Russia was going to occupy at the next Mobile World Congress, which will take place in Barcelona from February 28 to March 3, 2022. The decision was published on the official website , where it is explained that the GSMA , the organizing company of the congress, condemns the invasion and understands that several governments will take more sanctions and repudiation measures against the Kremlin. ” The MWC is a unifying event with the vision of bringing the mobile ecosystem together ,” the statement reads, and tries to bring peace of mind to attendees by clarifying that “the security of the event is constantly reviewed and adjusted as new information emerges.”